DFDS Seaways, which travels from Harwich to Esbjerg, Denmark, will reduce its crossings from four to two a week starting this month.

The reduction could continue throughout Winter into February, apart from a boost in crossings around the Christmas period.

The operator said it normally decreases to three crossings a week in November, but fuel prices were forcing it to make efficiency savings.

Figures show there has been a surge in passengers travelling on all ships to Harwich International Port from 90,000 in 2011 to 100,000 this year.

But a DFDS spokesman said it wanted to make sure the route was sustainable and profitable and that the boats were full to survive a difficult year. 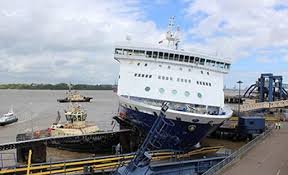 A ferry carrying 489 passengers struck a quay and started to let in water, Thames Coastguard has said.

The Sirena Seaways ferry struck the quay at Parkeston near Harwich in Essex just after noon on Saturday, but the water it was taking on was "quickly stopped". The master of the ferry is currently in talks with engineers, coastguard and the harbour authority about how they will tow the vessel into the harbour. There are no reported injuries and no reported pollution, said Thames Coastguard.

A spokeswoman for Thames Coastguard said: "We got contacted just after midday today. We were told that the Sirena Seaways had struck the quay at Parkeston and was taking on water but that was quickly stopped." The master of the ferry sorted the water issue, said the spokeswoman. She added that the master is in talks about how to safely tow the vessel into the harbour.

Essex County Fire and Rescue Service said that "no-one is trapped" and "there are no casualties", but said there has been "damage to the ship under the water line". In an incident report, the service said: "Firefighters were sent to assist at the scene while the ship's own crew plugged the hole from inside and built a compartment with water tight doors to stem the leak as part of regular safety precautions. The passengers and their vehicles are still on board but in no danger and the vessel will shortly be re-berthed so that they can continue their journey."

Station officer Terry Jewell said: "This is one of the regular ferries that comes into Harwich and as it docked it hit the side of the quay making a hole under the water line. The ship is stable now and we are standing by as a precaution while the vessel is moved so that ramps can come down and passengers can leave. The ship's crew worked swiftly to put their safety plans into practice immediately after the accident happened."

Sirena Seaways is part of the ferry operator DFDS Seaways which travels to France, the Netherlands and Denmark. DFDS Seaways said in a statement: "We can confirm that Sirena Seaways sustained some damage on entering the port at Harwich during today's scheduled arrival at 12noon UK time. This has resulted in the late discharge of the ship. There is no danger to passengers or crew, and we are working hard to disembark the passengers and vehicles from the ferry as quickly as possible.

"We are currently assessing the situation before it is able to resume its service on the Harwich - Esbjerg route. We would like to apologise to passengers for any inconvenience caused to their travel plans. We should have further details on the future timings of the service shortly."

DFDS to end Harwich to Esbjerg route in September.

MORE than 130 jobs will be affected when a ferry operator stops its crossings from Harwich to Denmark later this year.

DFDS Seaways, which sails to Esbjerg, has been struggling with high costs, loss of passengers and freight being switched to road transport.

From January next year ferry operators will be required to use low-sulphur oil as part of a new EU directive making the cost of running the route too high. 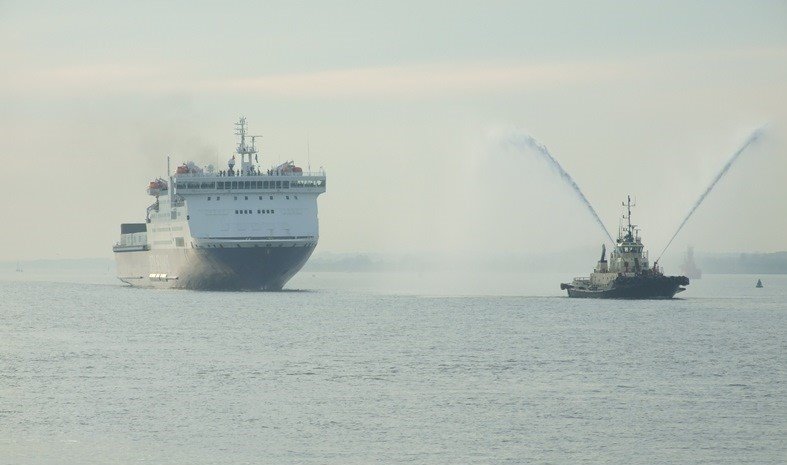